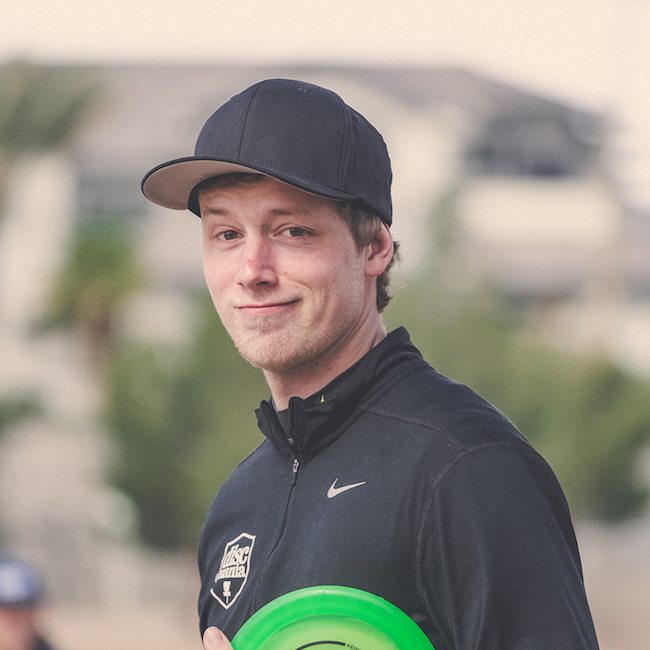 Simon Lizotte (The Wunderkind) is a professional disc golfer. He broke onto the scene in 2008 and has been a force to reckon with, with his different type of play style. When everyone else sees one route to take, Simon can find an alternative hole that nobody else considered.

Simon Lizotte is not married at this time

My goal is to make lead card final round, be on Jomez, and give myself a chance to win